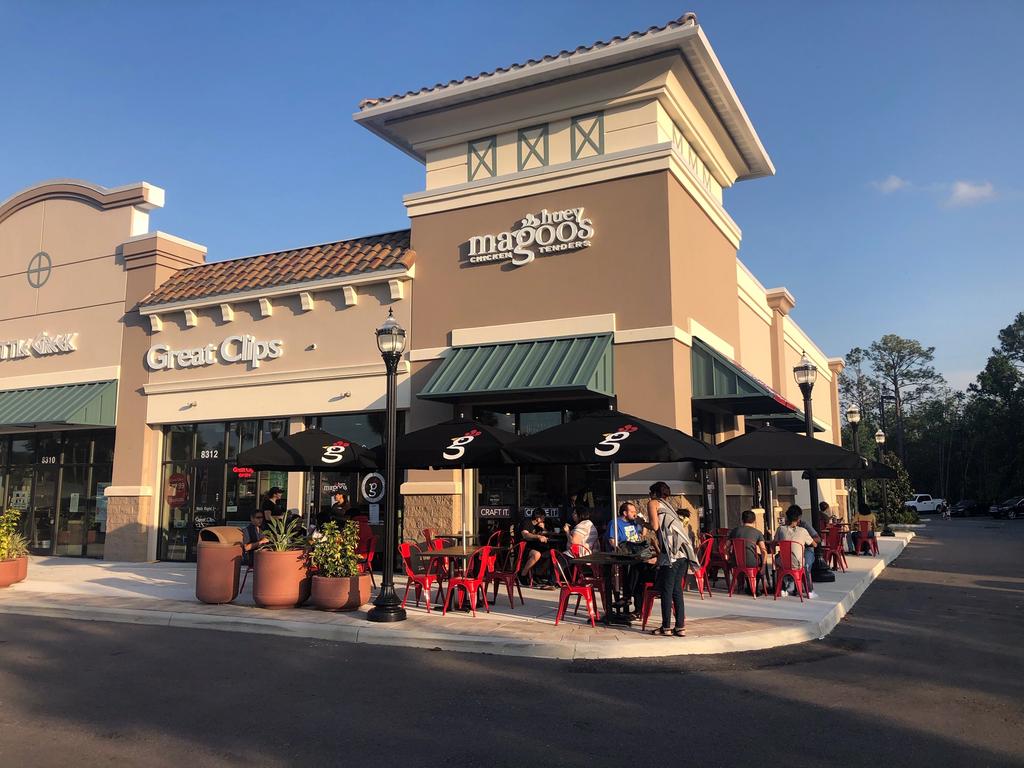 The eatery, famous for its chicken tenders, just opened its first drive-thru location on Dec. 30 at 10341 W. Colonial Drive in Ocoee. The 2,000-square-foot location comes as it also opened locations this month in Sunrise and Loganville, Georgia.

Huey Magoo’s is targeting at least 10 restaurants in 2020 following the ones it opened in 2019, CEO Andy Howard told Orlando Business Journal. “Our No. 1 priority is the state of Florida, targeting Jacksonville, Miami, the Panhandle, etc., and we’ll be filling in the Southeast including in Georgia, South Carolina and more.”

Markets the restaurant is targeting during that timeframe include:

Coral Springs
Valdosta, Georgia
McComb, Mississippi
Greater Tampa/The Villages
The company will also announce franchisees next month in Gainesville and St. Petersburg/Clearwater, and is looking at additional locations in Orlando and Daytona Beach, as well.

Currently, Huey Magoo’s has 13 locations, including in Lake Mary, Oviedo, Apopka, Altamonte Springs, ChampionsGate, Winter Springs and Daytona Beach, plus three sites in Orlando at the University of Central Florida, the Gardens On Millenia shopping center and the Dr. Phillips area. The chain also has its Loganville and the Sunrise locations.

Huey Magoo’s was started in 2004 by local residents Matt “Huey” Armstrong and Thad “Magoo” Hudgens, who sold the concept to the Huey Magoo’s entity for an undisclosed price in 2016, as previously reported by OBJ. Armstrong and Hudgens retained a portion of the company ownership and remain with the concept as franchisees.

New restaurants bring more employment opportunities to the region, including hospitality jobs, as well as temporary construction jobs for new buildings or interior buildout. They also help landlords lease up shopping centers and provide an amenity for existing residents and workers in the area, helping make developing areas more desirable.

Orlando ranked No. 17 in the nation among the best cities to start a restaurant by Bid-On-Equipment based on factors including annual restaurant sales per capita (metro Orlando reported $4,056), restaurants per capita (324 in Orlando), number of restaurant industry workers per capita (6,969 locally) and the metro area’s median income ($64,174).

As mentioned at Biz Journal